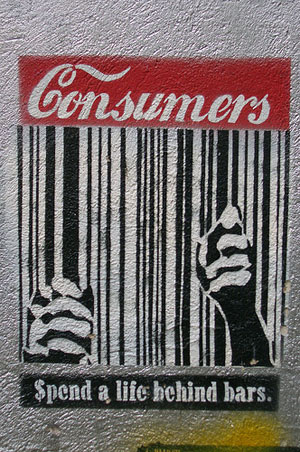 Here is a very rare thing in the American media, a serious discussion of the place that the recently fashionable nihilism has in history.     In the segment from the program, On The Media, Brooke Gladstone, Jad Abumrad and Eugene Thacker are those who are in the discussion.  I don't know which of the men's voices belong to who, since I don't listen to the Radio Lab program one of them hosts.  If I had the time, I'd type out passages of the recording to address and discuss, but I can expand on my comment at the On The Media website.

There is an alternative to the dichotomy this otherwise good piece presents. In the point when one of the men talking brings up The Decameron and the plague literature he says that the alternatives presented are 1. to seal yourself up (often in pleasant surroundings) to wait out the plague or, 2. to go to church and pray. He left out the alternative of putting yourself at risk to take care of those who are sick and dying, putting yourself at risk of dying while, at the same time, embodying the highest and greatest form of human life, someone who risks everything to take care of other people, the same thing that the medical missionaries and Doctors Without Borders are doing today in West Africa and elsewhere.

Leaving that out isn't surprising in a discussion among members of today's thinking class, even those of good will, because there is nothing more unfashionable in this or in any other age with members of any leisure class, the kind who generally write books and work in the media.  They may admire the examples of such people but they don't take their far more impressive actions seriously as compared to the words that "fork no lightning" of their fellow members of the educated class, the kind who review things, write criticism and who they are more likely to meet at a faculty meeting or a bar that caters to the class of people who work in the media. That the actions, instead of words, of people who put themselves at risk of dying, might contain something worth thinking about at least as seriously as the Dada Manifesto is may, perhaps, be due to the danger that you might feel morally bound to do something instead of talking about it and publishing about it.

It is in that lazy lassitude of the leisure class that I see nihilism at its most welcoming home.  It has infected what used to be the liberalism of the West that produced the abolition movement, the woman's suffrage and equality struggle and all other civil rights movements.  It is the death of any kind of progress, any kind of freedom because it is a comfortable denial of the reality of any of those things by people whose highest values are their own convenience and comfort.

Don't get me wrong, it's great to have somewhere on the radio where one still occasionally hears serious things being discussed. I would, though, encourage Brooke Gladstone to consider that in all of those instances of nihilism she discussed, it was members of upper economic classes finding that their expectations their values led to a dead end in a spiritual wasteland. Even Ecclesiastes, which shows that even members of the clergy who take that route end up spiritually empty, cynical and desolate.

Nihilism is both a luxury of the rich, or at least those who don't have to struggle for a living for themselves and those they come closest to loving and the product of their affluence. Its opposite can be found in James Cone, the liberation theologians - black, Latino and others. It can be found in the, frankly, religious struggle for justice, something which nihilists, at bottom, deny exists.

Generosity, kindness, and unselfish love are things that exist outside of the bump and grind of fashion.   While they are ridiculed by the fashionably cynical and nihilistic and talking about them or even in terms of them have been made to feel embarrassingly out of style, "kumbaya moments" when you are the recipient of them, you don't ever find them so.   Though the selfish will not appreciate their value when other people are the beneficiaries - in this we see the difference between conservatives and liberals.

Those things are not the product of the system which is, clearly, the only one considered in almost all of academic life and the media produced by those correctly fitted with a mental corset by their educations and acculturation into the milieu of the ascendant class.   I would think that pretty much no one got those from their strictly academic courses.  Their demotion is only furthered by their association with various religious traditions whose serious adherence in terms of economics and class are, as well, not welcomed by the economic elite and its clerks and praise singers in the media and academic life.

I haven't seen any other escape from either the stifling program of the materialist "enlightenment" or its destructive twin, nihilism, the two of which embody that rather dubious project of the intellectual class, modernism.   The fact is that in each and every period which Brooke Gladstone rather well brings up to demonstrate the existence of nihilism throughout human history, the alternative of unselfish generosity, self sacrifice for the possible good of others, has been a real and active alternative, one which has never grown old.

The political problem of that is, as Jesus envisioned in The Kingdom of God and The Reverend Martin Luther King jr. did in The Beloved Community, making it more general and the common experience of life.  Which is something all other systems and habits of thought seem to do anything to suppress.  If that is not the goal of American style liberalism, it is liberalism that is dead, not God.  The alternative is dead to life and will lead to nothing but death, the deaths of individuals and, eventually, us all.
Posted by The Thought Criminal at 8:10 AM