These are the actual pages of the notes from the Wannsee conference which seem to constitute some of the clearest direct evidence that the Nazis planned the industrial genocide of the Jewish People, as reproduced at the Holocaust Museum.  It is clear from this passage that natural selection (natürliche Auslese) was the basis of their intentions.  I don't know but I believe that is why the passage so like the passage that I gave in translation the other day is highlighted from the browned pages. 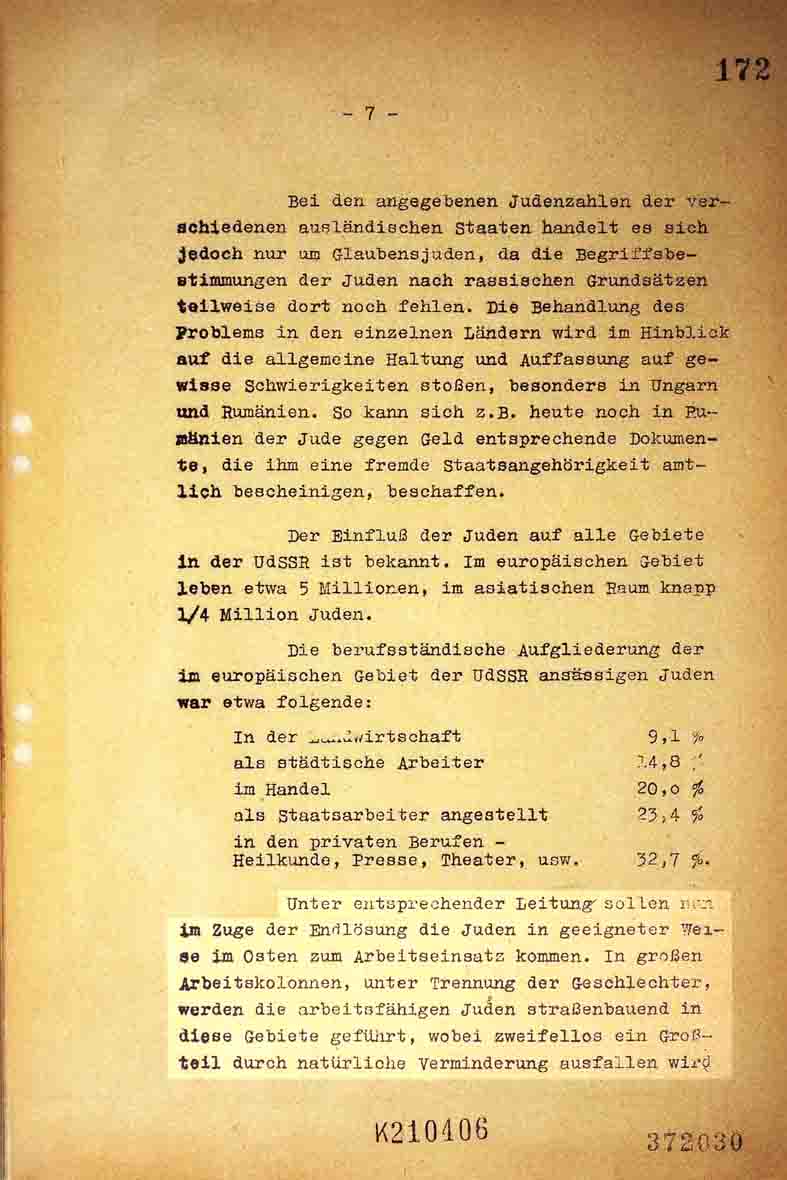 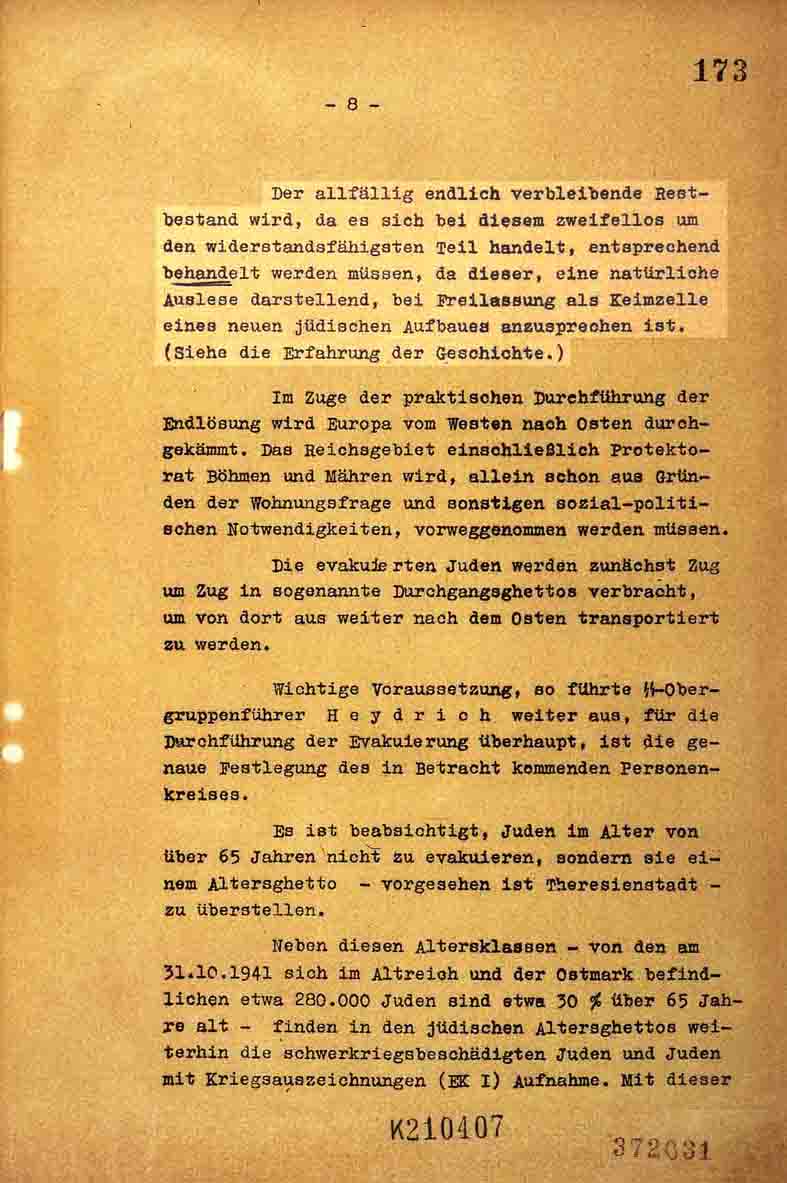 As in the posts in which I demonstrated that even if Charles Darwin had never endorsed eugenics all that would need to prove that Darwin's theories inspired eugenics is for the man who invented eugenics, Francis Galton to say that is what inspired him in creating it, which he did AS WELL AS REPRODUCING HIS COUSIN'S ENCOURAGEMENT OF HIS EARLIEST EUGENIC WRITING.  All it takes to prove the Darwinian nature of not only the intended genocide of Jews as well as Poles, Czech and Slovak People, the Roma People, etc. is to consult what the Nazis gave as their motives, what they exposed as being the basis of their eugenic-genocidal thinking.  And they did.

I think the academic study of the Shoah has fallen entirely short of what's necessary in not only exposing the motives of the Nazis, what made them turn petty antisemitic feelings into a biological imperative to conduct a struggle for life in which they intended to wipe out their rivals and those they saw as a danger due to intermarriage, lowering the "fitness" of the Germanic population.  And the entirely more important part of it, to make sure what inspired them is preventing from having that result, again.   I think the obvious reason that they have demurred from stating the obvious Darwinist nature of the Shoah, all of the Nazi genocides is that they don't want to upset the Darwin cult, both in popular culture and within science, itself.   As long as the basis of the Nazi genocides are in place, "never again" is an empty phrase.  As long as those are current in science, in popular understanding, in politics and in law, it is almost certain to happen again.  If not with the same victims, with enough to make it matter.  Ten would be more than enough for it to matter.

The Nazis were explicit in their planning, they didn't think they'd be able to kill the mixed-heritage population because it would be found to be unacceptable.  That is reflected in other Nazi documents that talk about how difficult it would be to get the German soldiers to kill Jews who seemed too German to them and how it would be easier to get them to kill Jews who seemed Polish or Russian.  They intended to do that with those of part German heritage the American way as endorsed by the eminent Supreme Court justice, Oliver Wendell Holmes jr.* through forced sterilization which would have the same outcome as genocide, eliminating them from the future.  In that they could be paraphrasing directly from Darwin, Karl Pearson or just about any Western Darwinist of the time,  merely changing the categories of those to be cut off from the future and applying German scientific-industrial diligence to accomplish what was desired.   However, I'm not going to translate the documents, myself and open myself up for the kind of dishonest wrangling that always happens when the Darwin industry and cult denies what is there in plain sight to anyone who reads the originals.

* I've just started looking into the claim I came across that Oliver Wendell Holmes Sr. was an early advocate of Darwinism and eugenics, though it's not anywhere near as easy researching him as it is his son.
Posted by The Thought Criminal at 10:41 AM