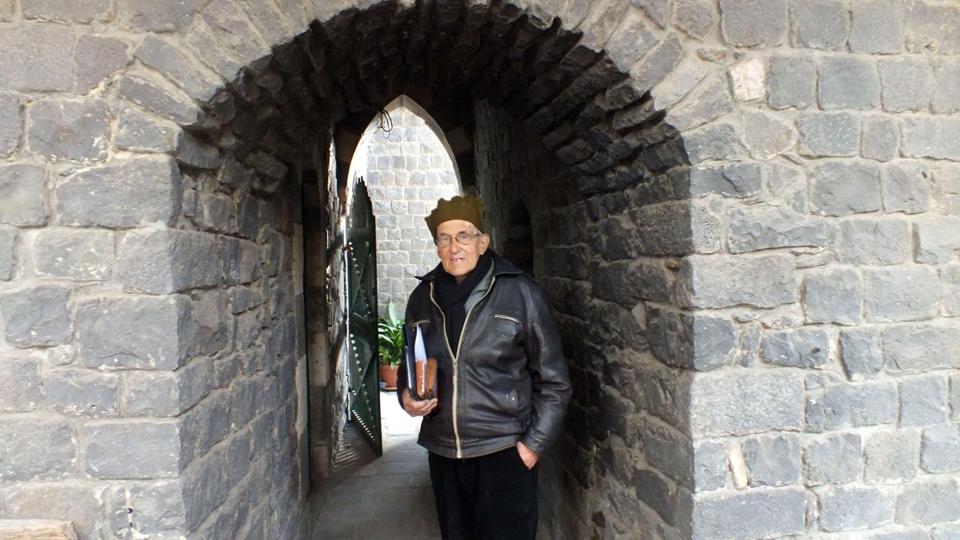 You have, doubtless, heard the bright young things on the blogs snarking about the persecution of Christians, mocking the idea that Christians are being persecuted, basing their confident assertions on their experience of sitting on their bottoms while on North America.   The brighter of the young things will regret that there are no lions to throw "Xians" to.   Which is as witty as it generally gets with the bright young things these days.

Well, shocking as it may be,  it turns out their experience of affluent America and Canada doesn't prepare them to know what things are like in the entire world where there are quite a number of Christians murdered for being Christians.  John Allen jr's column today begins by noting one of them.

Dutch Jesuit priest Frans van der Lugt, killed in Syria last week just shy of his 76th birthday, personified the best of the missionary spirit in Catholicism. He spent 50 years in his adopted country, humbly serving poor and disabled persons regardless of their race or religion.

Whenever a Syrian came to his door seeking help, van der Lugt told a friend, “I don’t see Muslims or Christians, only human beings.”

At the time of his death, van der Lugt was the last Westerner in the bitterly contested city of Homs. On Monday morning, a still-unidentified assailant dragged him into the street outside his Jesuit residence, beat him, and then shot him twice in the head.
Most observers believe the killer was an Islamic radical, though a few suspect the Assad regime may have orchestrated the murder in order to blame the rebels.

For the last several years, van der Lugt served at a small center for mentally and physically disabled people. A Muslim charity would give him around nine pounds of flour every week, which he turned into bread, giving half a loaf to the 30 neediest people he knew.


“I try to help the mentally ill,” van der Lugt said in a recent interview, “not by analyzing their problems, as the problems are obvious and there’s no solution for them here. I listen to them and give as much food as I can.”

Just wondering but I wonder how many of the bright young things have spent fifty minutes engaged in something like that in any kind of danger.   And Fr. vand der Lugt wasn't the only one Allen mentioned by name.

Earlier this month, a 25-year-old Coptic Christian woman in Egypt named Mary Sameh George was hauled from her car near a church in Cairo, mauled to such an extent that portions of her scalp were torn off, and then killed when her throat was slit.

The assailants reportedly were supporters of the Muslim Brotherhood. In Vietnam, a Catholic convert and human rights activist named Dinh Dang Dinh died April 4 of untreated stomach cancer in prison, having been jailed in 2012 for “antistate propaganda.”

In that context, van der Lugt’s death has to be seen as part of a dramatic, and often untold, religion story of the early 21st century — the global war on Christians.

Different source give different figures on how extensive the persecution and murder of Christians is but it is real, despite what the bubble people living here might believe on the basis of their entirely parochial experience.

Also, alarmist rhetoric about a “war on religion” in places such as the United States is sometimes stretched past the breaking point, applied not to actual violence and oppression but to policy debates about which reasonable people draw differing conclusions.

That said, the scope and scale of real anti-Christian violence around the world is nonetheless staggering.

In North Korea and Eritrea, tens of thousands of Christians languish in what amounts to concentration camps for religious prisoners. In Nigeria, Christians face a growing menace from the radical Boko Haram movement. In Iraq, a once-thriving Christian community that can trace its roots back to the early centuries of the faith has been decimated. In India, poor Christians who often belong to the “untouchables” in the old caste system are routinely harassed by radical Hindus, suffering a violent attack at a rate of once every other day.

The high-end estimate for the number of Christians killed for their faith each year is around 100,000, while the low end is a few hundred. That works out to somewhere between one new Christian martyr every hour, if the higher figure is to believed, and one every day.

Considering the war against religion that the United States financed during the Reagan administration,  remember Iran-Contra,  the denial that there are Christians who are murdered for following their religion by people old enough to remember that deserves a name.  Amerinesia, perhaps?

Update:  I'm almost tempted to post the comments by exactly the bright young thing and one superannuated poseur BYT as examples of what I'm talking about but I doubt anyone who is actually reading this is going to have any trouble imagining what those say.
Posted by The Thought Criminal at 12:19 PM